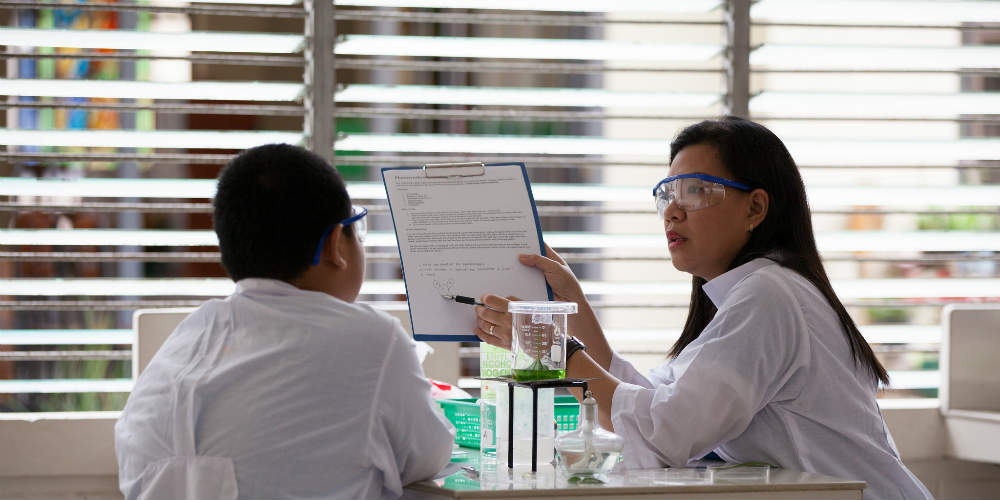 One of the casualties of the “War on Weed” has been science. With less than half of the states in the US having some form of legal marijuana, and with marijuana’s status as a Schedule 1 Narcotic, the lab space available to study marijuana’s genetics and chemistry has been extremely limited. The majority of the research has been done in Dutch labs. In recent years, however, loosening marijuana laws have opened the doors for independent scientists who want to understand the plant better in the United States. Their research is revealing the origins of Cannabis, confirming some things we already knew, and changing the way medical marijuana can be used to treat patients.

The oldest marijuana bust was in the tomb of an ancient shaman in central China. The 789-gram stash was found at the head of a skeleton in a tomb 2700 years old. An article in the Journal of Experimental Biology entitled “Phytochemical and Genetic Analysis of Ancient Cannabis from Central Asia” shows the sample contained high concentrations of the psychoactive chemicals associated with modern strains of marijuana. The researchers in the paper reported they had sequenced the DNA of ancient cannabis.

This DNA is the basis of a study undertaken by a Portland-based firm, Phylo’s Bioscience.

The Cannabis Evolutionary Project (CEP) is mapping the family tree of marijuana.  Mowgli Holmes, the lead scientist on the project, started the project when he came to the West Coast and saw what was going on with strain development.  He says, “It was only a step from seeing what was going on with strain development to realizing that without an evolutionary map, and genetic strain-certification, no one would ever really know what they were getting.  Strain names now have only a very slight correlation with reality.”

“It makes for a medical marketplace where no one ever really knows what they’re putting in their bodies,” Holmes continues. “Once we have the map in place, we can certify the identity of strains, and patients will be able to have faith that they’re getting the same thing every time. Phylo’s will create an interactive tree that will allow users to trace their strain of marijuana from the 2,700-year-old sample until today.”

The Workshop in Los Angeles, CA seeks to understand the chemistry of the marijuana plant in a way that can benefit patients by providing standardization to the buyer beware market place that currently exists in California. Jeff Raber, the founder of The Workshop, has tested thousands of samples in California over a four year period.

According to Dr. Raber, the strain names are more marketing tools than any kind of medical description. ”When it comes to how a particular batch of marijuana will affect a patient, growers and dispensaries often focus on the one molecule everyone knows about THC.”

Instead, he (and others before him) assert, “a better indicator of effects are the terpenes. We already know a strong-smelling marijuana flower usually produces stronger effects.”  Terpenes are the chemicals that give marijuana, and other plants, their smell. In marijuana, these terpenes react with the various cannabinoids. This interaction, known as the entourage effect, contributes to the various effects of marijuana, not just the THC. Dr. Raber says there are only a few dispensaries in California using terpenes on their labels. He says patients have been receptive to the new approach because they now can find the chemical combo that works best for them.

One dispensary using Dr. Raber’s labeling method is Papa Ganja in Orange County, CA. Papa Ganja was started to be a more “medically minded” dispensary.  Sunday Smith, Operations Manager at Papa Ganja’s says, “We still use strain names, but the market is slowly catching up with the science. Some patients know what strains help them, so we stick with the names for now, but on Papa Ganja’s menu the smell profile is listed directly under the strain name.”  Sunday goes on to say, “When we use terpene profiles we can tell patients with nausea to use a strain with a citrus smell, Limonene, rather than a piney smelling strain, Pinene. Now, we can really pinpoint our treatments, which is much better for the patients.”

Based in Portland, Oregon, Graham oversees our daily news coverage and coordinates our editorial content. He also writes articles of his own and conducts our written interviews with leading cannabis experts.