Terpenes are arguably the most underrated compounds in cannabis, working silently in the background to produce the myriad therapeutic benefits people seek out from their weed. We all know about THC and its effects, and CBD is now becoming more well-known thanks to trends such as adding it to coffee, smoothies, and even bath bombs.

But what are terpenes, and how do they work?

You can think of terpenes as the flavor molecules of cannabis. They’re the aromatic compounds that give each cannabis strain its distinct smell and taste — like how Sour Diesel smells citrusy, and Girl Scout Cookies gives off more of a rich aroma. This is because Sour Diesel is abundant with a terpene called limonene, which is derived from lemons. In addition to the citrusy scent and flavor, this terpene is known to have uplifting and energetic effects. Girl Scout Cookies on the other hand, is rich in a terpene molecule called beta-caryophyllene, which comes from black pepper and gives an earthy flavor and contributes to the feelings of relaxation one experiences from smoking this particular strain.

Over 200 terpenes have been identified in the cannabis plant, but there is a handful in particular that seem to love the limelight and show up in higher quantities than others (these are called monoterpenes). In addition to the two aforementioned terpenes limonene and β-caryophyllene, other monoterpenes include linalool (lavender), pinene (earthy pine), and myrcene (citrus-y, hops). Any combination of these molecules during cannabis breeding can create a unique strain and experience for its user.

Terpenes evolved as plants’ ways to either lure in or protect against certain animals. The tempting aromas, bright colors and succulence brought bees, deer and other herbivores to the plant, increasing the plant’s ability to spread its genetic material. Tastes or smells that could be a deterrent to an animal (like something sour or bitter) ensured the plant’s protection against pests, allowing it to grow and evolve. Only recently have humans utilized these molecules to create special strains of cannabis with a blend of effects.

We have also been seeing an upswing of trends to isolate some of the compounds of cannabis — pure THC resin for dabbing, CBD isolate in tincture form, and certain terpenes used for aromatherapy (although aromatherapy has been around for centuries). Is isolating terpenes the right move?

Recent research shows that terpenes have a unique ability to work beautifully with the other molecules in cannabis. The fancy term for this is phytocannabinoid-terpenoid synergy and it speaks to the validity of the entourage effect. Scientists in 2014 found that a full spectrum cannabis extract eliminated issues with CBD dosing as compared to pure CBD isolate. Pure CBD typically behaves such that it treats pain at lower doses but loses its effect at higher ones (this is called a biphasic effect). When given CBD with all other compounds present (THC, terpenes, even CBG and CBN) however, there seemed to be no cutoff, and the drug was analgesic at all doses given.

Clinicians treating patients for epilepsy found a 71% improvement rate in seizure frequency when given a CBD-predominant cannabis extract, versus 36% improvement from pure CBD isolate. They also saw that patients had to take a lot more CBD when in its isolate form than when given the whole plant extract, and this led to more adverse side effects. These results help confirm the entourage effect and phytocannabinoid-terpenoid synergy. We know some terpenes are especially good at treating certain conditions; for instance, limonene helps with anxiety when combined with CBD, and linalool is an anticonvulsant when combined with CBD. We also know CBD itself is anxiolytic—so it looks like these molecules help each other out—when combined, we see greater efficacy than if patients were treated with CBD alone.

Terpenes also have an interesting amount of variability in their boiling points, and this may speak to some modes of cannabis consumption being superior to others depending on the effect you’re looking for. Myrcene has a boiling point of 334 °F, whereas pinene becomes active at 311 °F. Not a huge difference, but it could mean you want to get a vaporizer where you can control temperature. THC, on the other hand, becomes active at only ~220 °F. If the terpenes aren’t even being activated, they’re probably not going to have any effect—they may work synergistically with CBD or THC, but as far as the actual therapeutic effects of the terpene alone, you’d want to reach that ideal temperature.

Scientists have found that of the five senses, smell is most closely linked to memory — and terpenes are the main reason you might smell some weed and remember all those nights smoking in your dorm room. If you are a big consumer of cannabis, you are most likely able to distinguish different smells and flavor profiles from different strains of cannabis. Maybe you have a favorite strain, and its fruity scent reminds you of summertime. Luckily, with cannabis research on the upswing, we can expect to learn more and more tantalizing facts about these important little flavonoids. 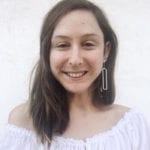