2012 marked a turning point in U.S. history: for the first time, a state (actually two states, Colorado and Washington) voted to ignore federal drug laws and legalized weed for consumption by persons aged 21 or older, similar to alcohol. In the years since then, a host of other states have followed suit in what has become an inspiring exodus from Drug War-era policies and sentiments.

While legalization is spreading, however, the actual regulatory framework can vary dramatically from state to state. Every state with adult-use sales, for example, has mandatory third-party lab testing requirements before products can reach store shelves — but not every state actually allows for commercial cannabis sales.

The following is a brief run-down on each legalized state and how they have approached adult-use cannabis regulations.

California, the USA’s most populous state and largest economy, is a relative newcomer to adult-use cannabis despite being the first state to legalize medical cannabis back in 1996.

A successful 2016 voter initiative catapulted California into the post-prohibition landscape. Unfortunately, however, things have not gone entirely smoothly, so far. High tax rates have prevented licensed businesses from competing realistically with the unregulated market. A large quantity of unlicensed storefronts, coupled with an underfunded cannabis enforcement agency, has further complicated the issue.

Click here to learn more about the state of cannabis in California.

Illinois was the first state to establish an adult-use cannabis marketplace without the voter ballot initiative process. On June 25, 2019, Gov. J.B. Pritzker signed legislation approved by lawmakers earlier in the year that legalized weed to possess and consume for adults 21+. The law also established a process to expunge the criminal records for nearly 800,000 cannabis possession convictions in the state.

Gov. Pritzker’s 2018 election campaign included a platform calling for legalization. Shortly after winning the governorship, he said he hoped Illinois would be the first Midwest state to begin legal, regulated cannabis sales.

Follow this link to learn more about cannabis business, rules and regulations in Illinois!

Michigan became the first Midwest state to legalize adult-use cannabis in November 2018, but the roll-out of the Great Lake State’s cannabis infrastructure was ultimately a long and complicated regulatory process.

Michigan’s adult-use market ultimately opened for business in December of 2019 although the industry launched with some 80% of the state’s municipalities having passed bans on the recreational cannabis industry. Despite its slow trod toward regulated sales, however, Michigan still boasts some of the most lenient possession and purchase limits in the country.

To check out more information about cannabis in Michigan, click here!

Washington state became the second state to legalize cannabis in 2014, about six months after Colorado, as a result of the same 2012 election as Colorado. Washington’s market, however, drew heavy criticism from the cannabis community and has been accused of being a cash-grab for lawmakers with an overly regulated and restrictive system.

Some activists have even labeled Washington’s market as “Prohibition 2.0,” though most recently officials there established a new law expunging some 69,000 minor cannabis convictions throughout the state.

Want more information? Click here to see all of our Washington cannabis news updates and more.

Massachusetts and Maine were the first east coast states to legalize, both via successful voter initiatives during the 2016 general election. In Massachusetts, the language of legalized weed took effect almost immediately — less than a month after the successful vote, on December 16, 2016.

Dispensaries opened for adult-use purposes about two years later, on November 20, 2018, putting pressure on other New England states to consider enacting their own adult-use regulations and keep some of that cannabis tax revenue in-state.

Click here to see even more about the state of cannabis in Massachusetts.

Colorado is considered by many to be ground zero for cannabis freedom — it was the first state to enact its legalization language and has demonstrated from the start a successful model for building a state-legal cannabis market.

In fact, since Colorado’s historic Legalization Day on January 1, 2014, legislators from around the country and even the world have visited the state to see an example of a regulated cannabis industry in action.

Oregon voted to legalize cannabis alongside Alaska in the 2014 general election. Oregon became the third state to officially end cannabis prohibition, however, beating out Alaska by several months.

Oregon’s adult-use cannabis business licensing was originally very inclusive, which led to hundreds of successful applications and, eventually, a grossly oversaturated marketplace. As a result, Oregon currently boasts on average the lowest regulated cannabis prices in the world. In fact, there is such a glut of cannabis products in Oregon that lawmakers recently passed legislation that would let cannabis growers export their excess products out-of-state to nearby state-legal markets — that is, if the plan receives federal approval.

Follow this link to make sure you’re keeping up to date on Oregon’s cannabis industry.

Nevada voted to legalize adult-use cannabis during the 2016 general election. Home to Las Vegas, the tourism capital of the USA, this victory was seen as especially significant for the industry.

Nevada lawmakers were anxious to get started, as well, and quickly enacted an Early Start program that had adult-use stores open within just six months of the state’s legalization vote. Interestingly enough, Nevada’s vote to legalize came just one year after the state’s medical cannabis dispensaries opened for business, making it one of the fastest transitions yet from medical to recreational.

Maine also voted to legalize during the 2016 general election. Maine’s vote was significantly closer than nearby Massachusetts—so much so that the legalization victory declaration was delayed several days for vote counting.

Alaska is the largest U.S. state and was among the first states to move away from federal cannabis policies. Alaska voters chose legalization via a ballot initiative during the 2014 general election alongside Oregon, making them the third and fourth states to legalize.

It is currently legal for adults to grow, possess, and consume cannabis in Vermont; you cannot, however, buy or sell any part of the plant (unless you are a medical patient/caregiver, but that’s a different article). This is thanks to Vermont’s unique position as the first (and currently only) state to end cannabis prohibition without establishing a taxed-and-regulated system for its distribution. But in late 2020, Vermont lawmakers approved language that will let individual municipalities determine whether or not they will allow recreational cannabis businesses. Regulated sales are expected in certain districts starting in October 2022.

Vermont also made history as the first state to defy federal drug laws thanks to efforts by lawmakers, not just voters. In Vermont, where the political system does not utilize a citizen ballot initiative process, the notion of legalized weed was so popular among voters that lawmakers were convinced to take action.

To keep up to date on the cannabis happenings in Vermont, click here!

While not technically a state, The District of Columbia gets a special mention for being an early-mover in the push to reform cruel cannabis laws — never mind that Congress initially blocked the District’s attempts to commercialize the plant, trampling on the rights of citizens living there. Thankfully, it looks like Washington D.C. may get to finally move forward on a regulated cannabis market in 2020.

Big changes are coming to Washington DC — click here to stay up to date on the District’s latest cannabis news and happenings.

After losing the ballot initiative by strikingly close margins in 2016, Arizona voters passed Prop 207 in the 2020 election which legalized adult-use cannabis in the Southwestern state. Adult-use sales will begin in March 2021 pending licensing. Reports state that licenses will first be granted to medical dispensaries that are already in operation, creating a system much like that in Oregon where patients and adult-use patrons can shop side-by-side. 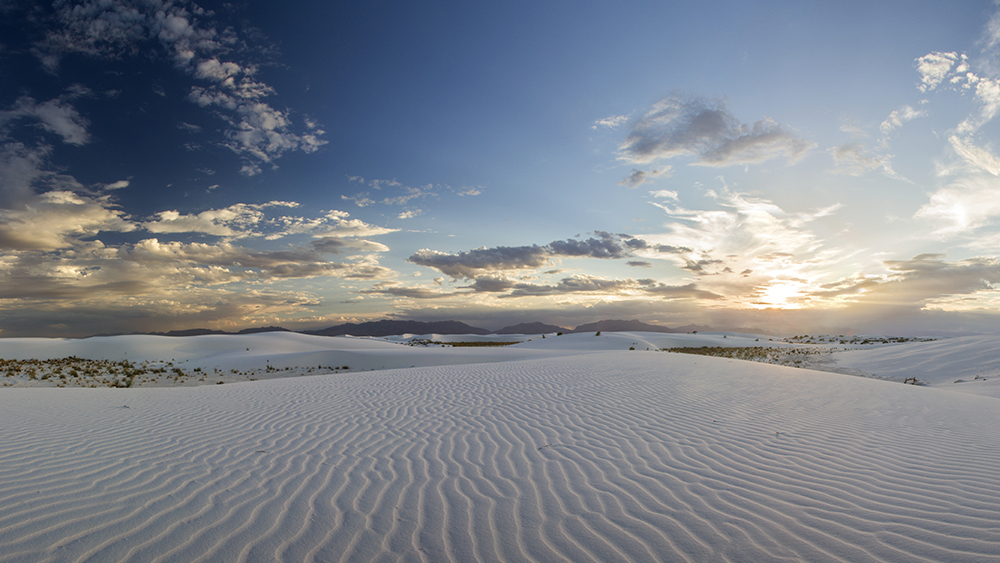 New Mexico lawmakers formally approved the state’s cannabis legalization bill in April 2021, with the legislation formally receiving the governor’s signature on April 12. The law took effect on June 29, 2021 and retail licenses are expected by January 2022.

For more New Mexico cannabis industry news and information, follow this link and be sure to subscribe to our daily newsletter! 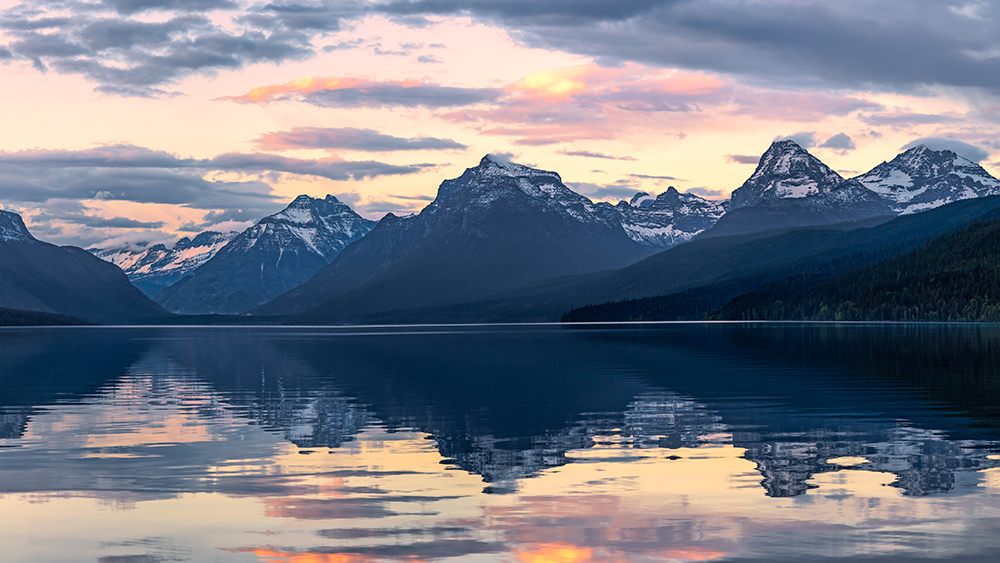 Montana opted to legalize adult-use cannabis during the 2020 General Election with 58% of voter support. The initiative took effect on January 1, 2021. In May 2021, Gov. Greg Gianforte (R) signed a bill to implement regulated cannabis sales in the state. The legislation gives current medical cannabis operators exclusive access to adult-use licenses for the first 18 months of sales, which are expected to launch on January 1, 2022.

Notably, Montana’s legalization victory (alongside South Dakota) marked the first time that a state voted to both legalize cannabis and elect a Republican presidential candidate during the same election, demonstrating that cannabis reforms are truly a bipartisan issue. 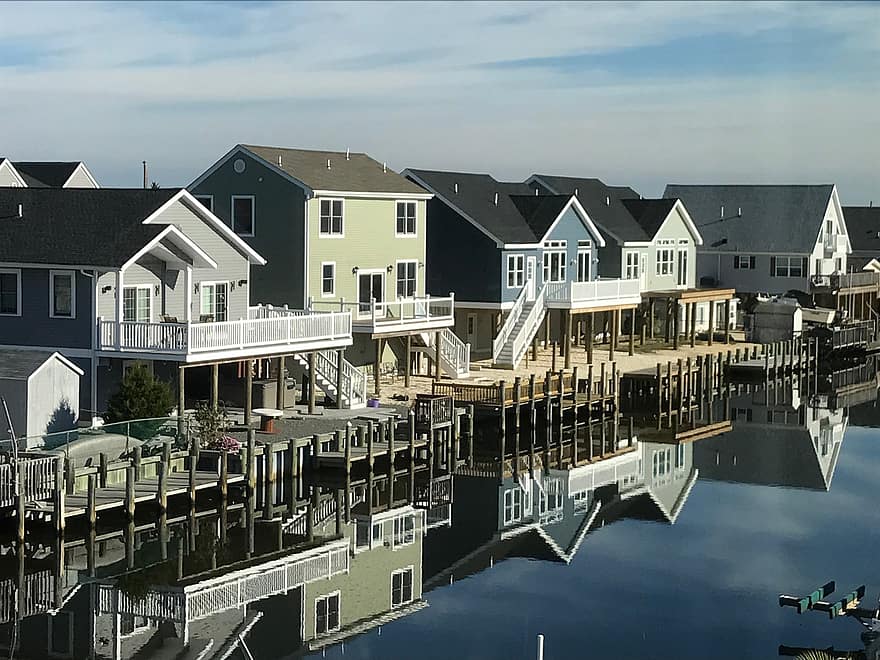 In the 2020 election voters in New Jersey approved Public Question 1 which legalized possession, sale, and use of cannabis by adults aged 21 or older. Specifically, the Public Question required state legislators to draft a bill regulating cannabis retail and cultivation licensing for the adult-use market, something they had already done during the previous year (though that bill was not passed). The governor eventually signed the state’s legalization bill in February 2021, but not until months of deliberation had passed regarding punishments for minors caught in possession of cannabis.

New Jersey, to the dismay of advocates, does not allow adults to grow the plant for themselves. 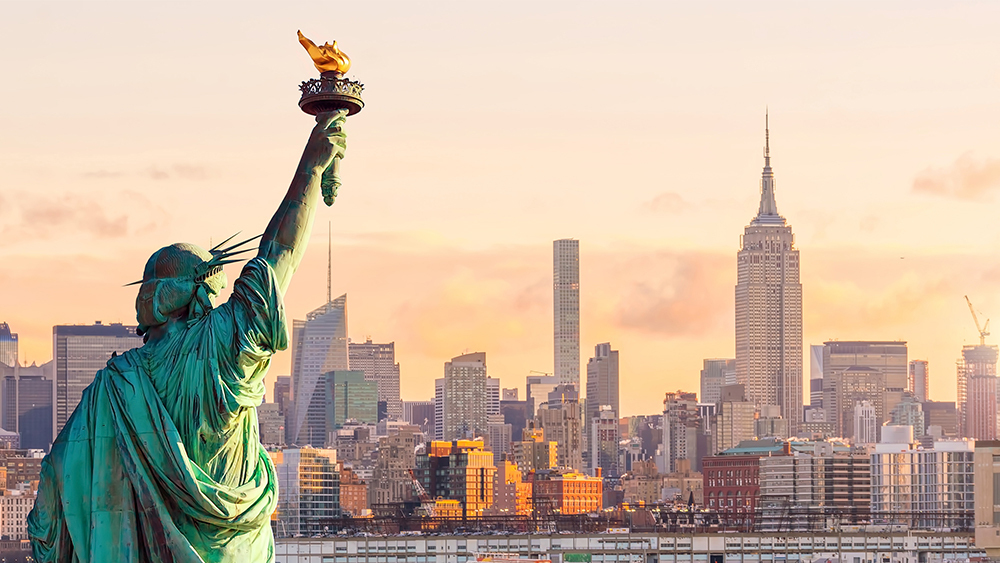 Cannabis is finally legal in New York after Gov. Andrew Cuomo (D) signed the state’s legalization bill in late March 2021. The bill’s signing came almost immediately after the Democratic majority approved the bill in a party-line vote. The law includes expungement opportunities for previous cannabis convictions as well as a 9% state and 4% local tax on recreational sales—40% of cannabis tax revenue is earmarked for reinvesting in underserved communities, 40% for public education, and 20% for drug treatment, prevention, and education causes. 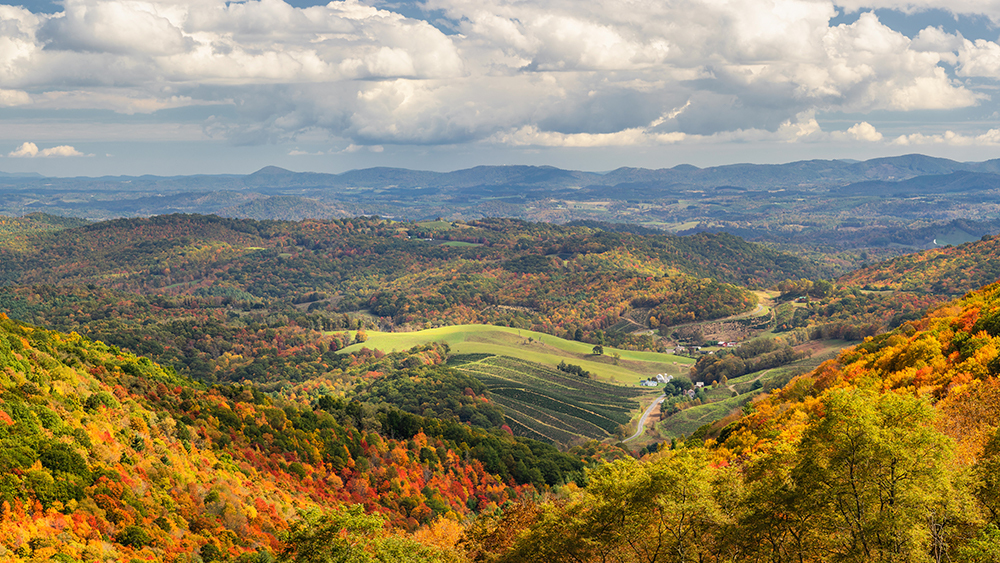 Virginia became the first Southern U.S. state to legalize cannabis after lawmakers there approved the regulatory changes in February, 2021. The original bill was set to take effect in 2023 but, following heavy criticism, Gov. Ralph Northam (D) suggested moving the launch date for some of the reforms up to July 1, 2021—and the Legislature agreed. 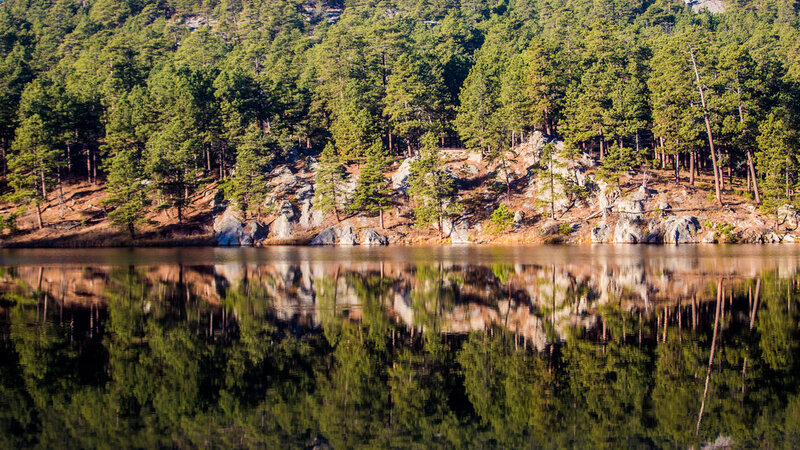 Voters in South Dakota made history when they voted in favor of both medical and adult-use cannabis use in the 2020 election. But, while the medical cannabis reforms have advanced since then, a South Dakota judge struck down the voter-backed recreational cannabis initiative in February 2021 after it was challenged by law enforcement officers and Republican Gov. Kristi Noem. 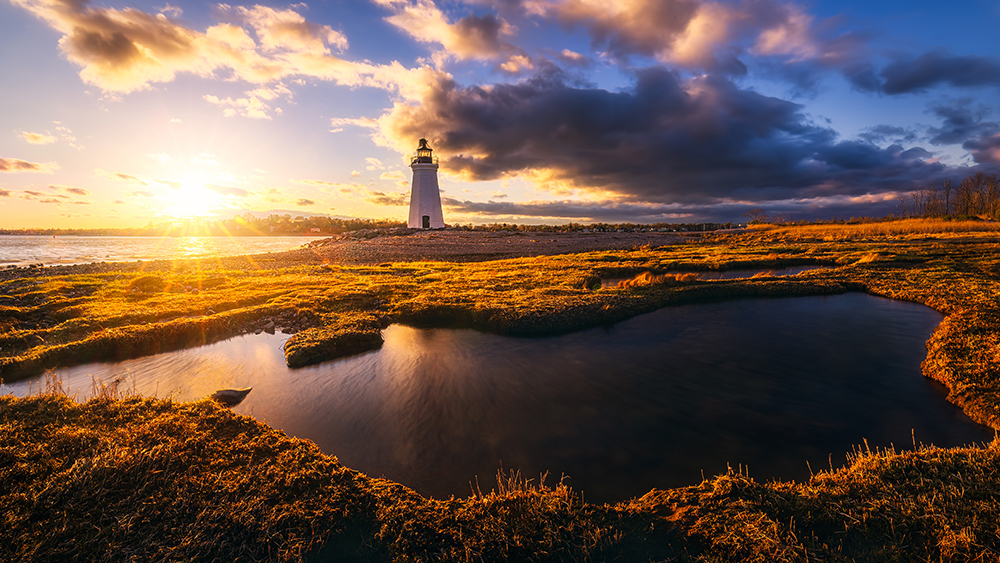 The Connecticut Legislature passed a bill to legalize adult-use cannabis on June 17, 2021 and the governor signed the bill into law just days later. In a twist of irony, Connecticut’s legalization bill was approved on the 50th anniversary of President Richard Nixon’s original declaration of the drug war.

To read about and keep up with Connecticut’s other cannabis-related updates, click here!

This article was written by our staff. Ganjapreneur is your resource for cannabis industry news, product reviews, and business insights.