Cannabis extracts lovers often gear towards solventless extraction methods because these products get straight to the flavor with it. Solventless is the closest extract to the plant — it offers the freshest and purest profile possible.

Let’s talk about solventless extraction and the types of cannabis products that came from it.

What is solventless extraction?

Cannabis concentrates and/or extracts both describe the oil form of the plant — it’s like ‘tomato, tomahto’ but for highly potent cannabis products. To get an extract, you have to go through an extraction process that separates the cannabis crystals from the plant. Those crystals are called trichomes and they house the majority of the cannabinoids, terpenes, flavonoids, and everything else that matters when we experience the effects of cannabis. The anxiety benefits, the insomnia benefits, the anti-inflammatory benefits are primarily housed inside those milky little trichomes.

But many of the extracts on the market use solvents like butane, propane, and carbon dioxide to extract these trichomes from the plant and create the oil that comes from them. These products ultimately have their solvents removed and are safe for consumption but in that extraction, a little bit of taste may be lost/distorted. Also, it’s never a full guarantee that all the solvent has been removed from such a product. But in solventless extraction, manufacturers only use natural substances — i.e air, heat, water, and ice — to separate the trichomes from their plant. They are considered to be superior to solvent-based products by many cannabis consumers, though cannabis is of course all about personal preference. 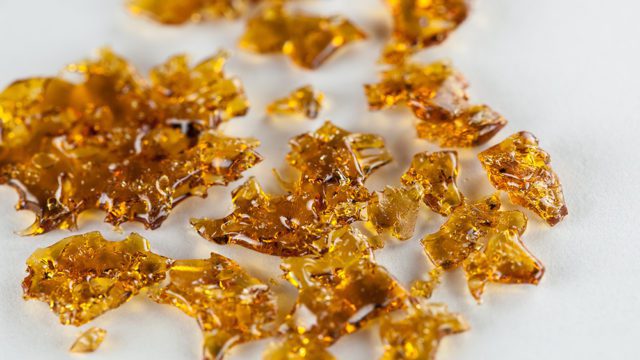 The three most common forms of solventless concentrates include cannabis rosin, dry sift (or kief), and ice water hash.

Kief — also called dry sift because it can be sifted from dry herbs — is as pure as cannabis trichomes can come. The dust at the bottom of your grinder is literally just weed dust ready to be sprinkled into a bowl to give your flower some extra umph (or to be pressed up into some rosin). To make a dry sift in an industrial setting, buds are run across a mesh screen or a kief box to separate the trichomes from plant matter. This allows you to rack up kief in a matter of minutes. A quick tip, if you’d like to get more kief fall-off into your grinder’s kief chamber, add a coin inside the flower chamber. After grinding your buds, shake the coin with the flower and the agitation will leave you with bundles of golden weed dust that can increase the potency of any cannabis product.

Ice water hash is a hash that only uses ice and water to separate trichomes from them. The trichomes are broken away from the buds by shaking them in the ice water then pouring the mixture through microscreens, after which they are separated into hash bags. Ice water hash is also commonly referred to as bubble hash because it tends to bubbles when you put heat to it.

Rosin is made through the combined application of heat and pressure. Rosin is a gooey type of wax that can be made by using a specialized rosin press or even a hair straightener. Essentially, it’s a bunch of trichomes exploding at once. You can make rosin from both kief and flower. With a rosin press, the flower goes between parchment paper and the press’s plates heat and squeeze the product until the trichomes explode and oil oozes out. Then, you scrape it all together, and bam — you’ve got some solventless dabs.

Note that while the above solventless options are the most frequently encountered by cannabis consumers, some specialist operators have combined the processes to create a product called live rosin — which is when high-quality cannabis is fresh-frozen, turned into an ice water hash (or dry sift), and then processed through a rosin press. This preserves the most amount of flavor and terpenes which, for many aficionados, make live rosin dabs the absolute pinnacle of cannabis concentrates. 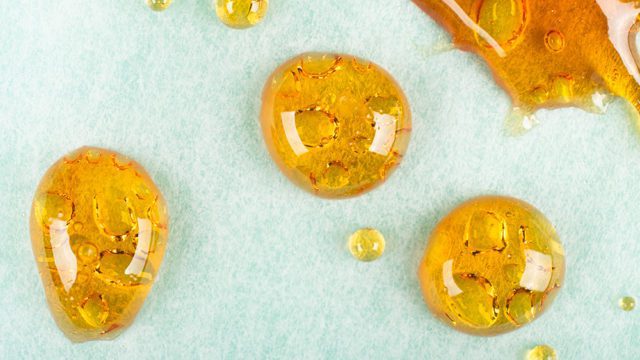 Why are solventless options so popular?

Some people are just super big about their weed being as completely untouched by chemicals as possible. They want their weed to be pesticide-free and they want their weed to be solvent-free, too. Even with solvent-based extracts having all of the carbon dioxide or butane removed, the real heads that pursue the most natural experience lean towards solventless extracts. It isn’t without a cost though. Solventless dabs and vape pens are typically the priciest of oils.

Cannabis trichomes house nearly all of the terpenes and flavonoids found in cannabis. So if you want the most natural flavor, you’d gear towards the purest, most-untouched trichomes possible. That’s why the flavor chasers in weed run right to solventless extracts. Even the ice water hash just makes the buds so cold that trichomes fall right off like little ice balls of skunky goodness.

Lastly, the experience is why people love solventless extracts. That purity in cannabinoids and terpenes leads to a highly potent, high-quality experience. Between the safety in consumption, the flavor you get in the oil, and the fact that you know you’re getting a potent high, it’s easy to see why consumers seek out solventless extracts over the alternative. 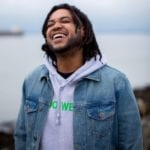 Danté Jordan is a freelance writer, video producer, and media consultant specializing in cannabis culture, strains, products, education, and everything else related to that lil’ green flower. Contact him at dantenetworks(at)gmail(dotcom) or dante_jordan on Instagram. His website is www.dantejordan.com.