Cannabis concentrates have proven to be one of the most rapidly-growing segments of the cannabis industry. Over the years, discoveries in cannabis extraction have largely driven industry expectations when it comes to determining a high-quality product — for example, the first CO2 extracts were praised as a replacement for butane-based products, while those same butane solvents had been raised above the handmade and bubble hash products from previous years.

Today, live resin is generally considered top-tier among solvent-based concentrates for its fresh-plant flavors and well-preserved terpene profiles. However, its solventless cousin in live rosin has recently earned an even bigger and better reputation among cannabis flavor aficionados. But despite there being genuine hype around each of these products — and despite sharing similarly fresh-frozen source material — there are important and significant differences between live resin and live rosin that we will highlight over the course of this article.

A brief history of cannabis extraction

As the popularity of cannabis concentrates grew, cannabis patients and entrepreneurs developed numerous new methods over the years of creating the extracts. This resulted in many products with wildly different viscosities and appearances, with different names to describe them such as wax, shatter, budder, and sauce.

But still, all of these products shared at least one characteristic: they were all made by dissolving cannabinoids from their source material through the use of a solvent — typically alcohol, butane, CO2, or ethanol — and subjecting them to high pressures and post-extraction solvent purging.

Live resin has become nearly ubiquitous among solvent-based cannabis extracts. Named for its fresh, almost “living” flavor profile, it is made using freshly cut and frozen cannabis plants as its source material.

While the drying/curing process is well-established for cannabis flower, this process ultimately sheds many of the cannabis plant’s distinctive flavors and terpenes (often by more than 50%, according to some estimates). But by freezing the cannabis material freshly after harvest and keeping the material frozen during the entire extraction process, industry operators can preserve their crop’s terpene profile at its most defined moment. This carries certain advantages for cannabis operators beyond just the flavor and aromatic improvements — for one, it reduces production time by cutting out the multi-week curing process entirely. Additionally, this would also mean extra space for your production facility and/or grow site.

Researchers have also demonstrated that the best way to preserve cannabis materials for long-term storage is by freezing it.

The use of fresh-frozen material, however, does pose unique challenges. Not only does the material need to maintain its sub-zero temperatures throughout the extraction process, but live resin extracts can also only be made through hydrocarbon extraction. This is a complicated process that requires the use of a compliant C1D1 Extraction Facility (meaning it must be fully capable of housing and evacuating flammable or potential explosive gasses). And while that alone can be extremely cost-prohibitive, there are even more cost considerations in terms of supercritical extraction machines, employee expertise, and steep power requirements and other utilities.

But despite these difficulties, live resin is widely considered the top-tier solvent-based concentrate, particularly with the recent awareness and hype around complex terpene profiles and cannabis flavor preservation.

The rise of rosin

Moving away from solvent-based cannabis extracts, however, there also came cannabis rosin, which is a solventless extract that likewise rose to prominence alongside the legal cannabis industry. The earliest cannabis rosins were popularized through online communities of cannabis grower forums and social media platforms like YouTube. In those early days, connoisseurs would demonstrate in step-by-step video guides how to create extraordinarily clean and flavorful concentrates using just cannabis flower, wax paper, and a typical consumer hair straightener — no solvents necessary.

Aficionados had put together that all you really need to make a delightful cannabis rosin was high-quality flower and the ability to subject it to intense heat and pressure. Eventually, experts engineered specially-made rosin presses capable of fine-tuning and mass reproducing each batch of product. Today, there are dozens of purpose-made cannabis rosin presses that range from compact commercial models to the massive Longs Peak rosin press by PurePressure, which is capable of processing enormous amounts of material per day.

While solventless might seem simpler than other concentrates, some cannabis manufacturers are concerned that adding solventless concentrates to their portfolio might overly complicate their operations — but in reality, rosin is capable of matching literally any solvent-based concentrate in terms of appearances, viscosity, and potency (not to mention its ability to out-perform in flavor/aromatics). In fact, with only minimal preparations and practice, cannabis operators can easily add high-quality rosin SKUs to their portfolio to achieve even more versatility alongside their solvent-based products.

In fact, one of the only disadvantages facing operators who specialize in solventless extracts is that they cannot remediate any lower-quality cannabis harvests into concentrates, as the pressing process actually carries over problematic issues such as mold or mildew (unlike other forms of extraction, which involve “blasting” the plant through a solvent).

As PurePressure’s marketing director Eric Vlosky puts it: “You can’t cheat in solventless — what you put in is what you get out.”

But while this is a drawback in one sense, there’s an upside to it as well, as many cannabis consumers want their experience to be as close to nature as possible — as close to the actual plant as they can get it — and the use of solvents will always carry that slight caveat as a potential (albeit hopefully negligible) contaminant. That fact alone can help bestow a reputation of quality to solventless cannabis brands.

How to make live rosin

Live rosin is made by putting one of the oldest and best-known forms of cannabis concentrates (bubble hash) through a rosin press. The entire process is lengthy but can be summed up in essentially three steps:

As more and more operators make the pivot, solventless extraction equipment manufacturers like PurePressure have stepped up to provide specially designed hardware for safely mass-producing high quality ice water hash for the express purposes of pressing into live rosin. From their custom Bruteless hash-washing vessels to the Axis Trichome Separator, scaling up a commercial solventless cannabis operation has never been more possible.

Is live rosin worth it for cannabis operators?

Cannabis consumers are certainly catching up with the solventless craze: national sales of rosin concentrates have risen 202.4% from the first quarter of last year, according to data compiled by Headset (covered by MJBizDaily).

There are a lot of advantages to solventless cannabis extraction: because the process involves no “blasting” or supercritical extraction, employee expertise and more importantly safety is of slightly less concern. Additionally, while commercial rosin presses can certainly carry a hefty price tag, the costs still pale in comparison to that of the supercritical extraction process (and the hyper-compliant facilities that such an operation requires).

Ultimately, live rosin may not be the easiest method of extraction for cannabis manufacturers to pursue, but having at least one such solventless offering is guaranteed to at least catch the attention of cannabis flavor aficionados — and that can send an important message about your brand’s identity. And for some, that’s all it takes to turn a one-time customer into a life-long fan. 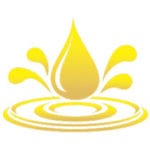 PurePressure is the industry leading solventless extraction equipment and technology provider. Based in Denver, Colorado, PurePressure is 100% employee-owned and offers solutions for any sized business or enthusiast to make rosin, ice water hash, sifting, as well as every accessory and tool in between. PurePressure proudly builds its rosin presses, Bruteless hash washing vessels, rosin filter bags, and much more in the USA to meet premium quality build standards that extraction professionals of all types demand. To learn more, click the link above or visit GoPurePressure.com.