While most commonly thought about in its flower form, cannabis can be made into concentrated extracts for topical application, oral ingestion, and smoking. These come in many varieties and are used in many different ways, but there are three forms of concentrates that first became popular in medical markets.

Kief is pollen that is collected from the flower. This is the simplest of all concentrates, it comes as a loose powder or sometimes as a sandy, pressed brick. This is sometimes what people think of when the word “Hash” is mentioned, although crafting hash is a more delicate process than harvesting kief. It consists of (mostly) the trichome of the plant, which is where most of the cannabinoids (including THC) are made. This is made from either dry sieving the plant over screens (many grinders have a feature like this) or in tumblers inside of a collection box.

This is an extract that uses a solvent, usually alcohol, glycerin or even olive oil, to strip the cannabinoids from the plant matter. This is great for oral or topical applications. Usually only a few drops are needed under the tongue, or a little bit rubbed on the troubled areas of the body to get the desired effect. Orally consumed tincture is more quickly absorbed in your body, making it easier to dose than a lot of solid edibles.

This is the relative newcomer on the extract block and the cause of many controversies. BHO uses butane as the solvent. After running butane over the plant material, and then spending some time purging in a vacuum chamber to remove the butane, you are left with a sticky waxy substance. This is typically consumed via vaporization — by superheating a ceramic or metal nail with a common blowtorch, generally referred to as dabbing — this method of consumption uses very small amounts of material per dose. When made correctly, this is potentially the purest and potent forms of cannabis on the market. The controversy comes because without lab testing to back it up, wax could potentially be unclean and dangerous. There is also a risk of fire or explosions with such quantities of butane involved if the process is not carefully undertaken. This should not inspire fear of the product but should lead to careful research on how to identify quality materials. 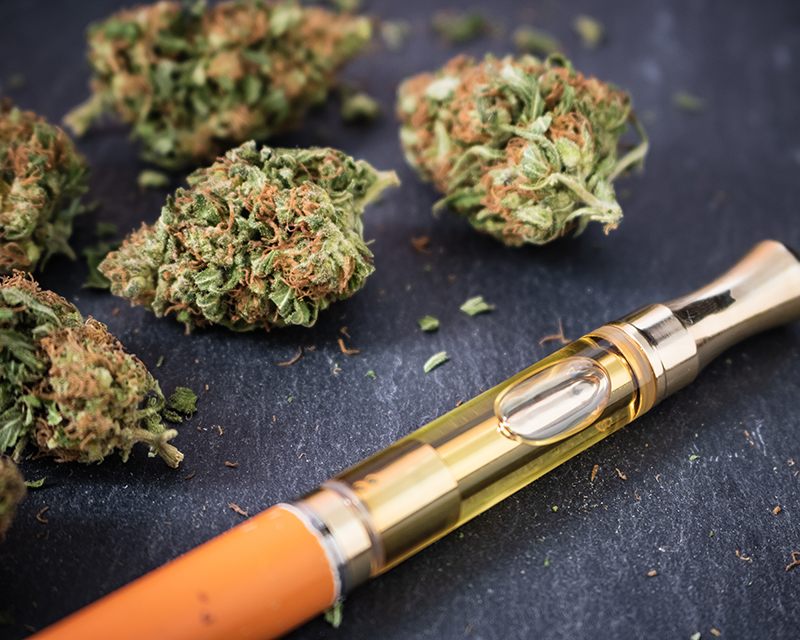 So, What Are Cannabis Concentrates?

There are other types of concentrates circulating the market — CO2 oils, and a solvent-less form of concentrate created using the Rosin technique — but these three remain the most common and popular options for patients looking for more punch than you get from a bong rip.

The biggest advantages of concentrates are that they allow for people to get the desired effect in ways that don’t necessarily involve smoking tons of plant material, and it allows people to consume less, but still get the required medical effect. This is especially advantageous for patients who are in public, or who have health conditions that limit their smoking.

Of course, even the most experienced consumer of cannabis flower can potentially be floored by underestimating a concentrate. Still, no fatalities from cannabis have been credibly documented.

Before trying these products, consult with your doctor and your friendly neighborhood dispenser. Inquire about dosage, effect, purity, and other people’s experiences. Then, go slow: start with a small amount and work your way up. Tolerance takes time.

Andy Graf is a blogger and freelancer in North Texas. He writes on cannabis, cannabis law reform, enviromental ethics, local happenings and politics — as well as movie reviews — for his personal blog. He has been crusading for five years in Texas for marijuana reform. Contact him at andrewbgraf88@gmail.com.