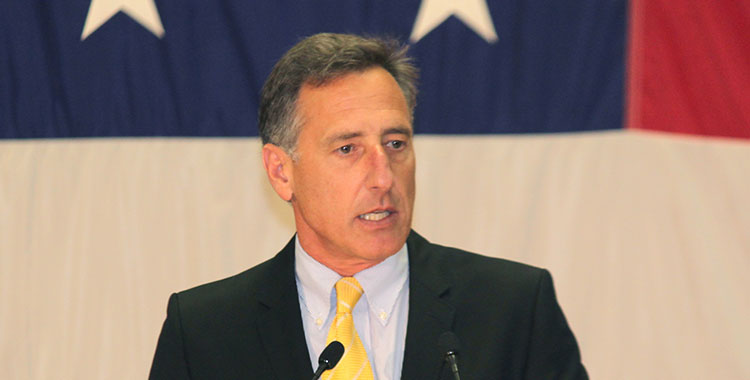 Vermont Gov. Peter Shumlin will consider pardoning Vermont convictions of cannabis possession up to one ounce, which has been decriminalized in the state since 2013, according to an announcement on the governor’s office website.

Shumlin indicated the plan helps him “lead a more sane drug policy,” and his office indicates 10,000 to 17,000 Vermonters may be eligible for relief.

Pardon considerations will be made for low-level possession charges so long as the applicant does not have any felony or violent criminal convictions.

“A governor’s pardon is an extraordinary act. Applying for a pardon does not guarantee a pardon will be granted,” the post says. “All applications will be considered by the Governor and either granted or denied at his discretion.”

According to the post, a pardon does not necessarily erase a record of conviction or the conviction itself and might not change the consequences of such a conviction.

“It could have happened in the 1960s, 1970s, 1980s. There are thousands of them,” Shumlin said in a WCAX report. “We’ve got folks who got charged for an ounce or less of marijuana in a different era when we were running a failed war on drugs. Let’s give those folks the opportunity to have a clean record.”

Individuals have until Christmas to apply for a pardon under the program.