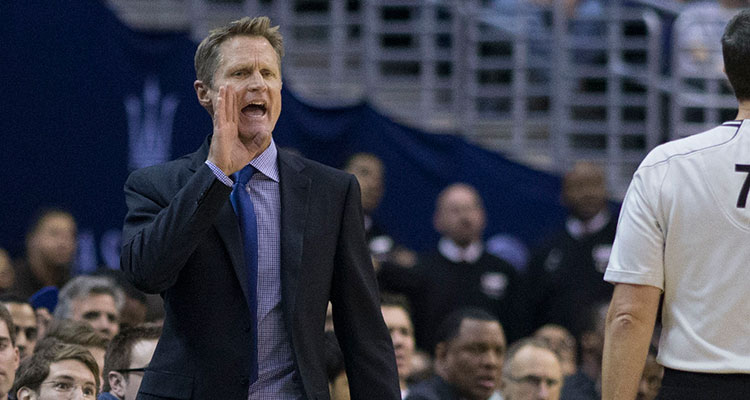 Steve Kerr, head coach of the National Basketball Association’s Golden State Warriors, believes “it’s only a matter of time before medicinal marijuana is allowed is sports leagues” because, eventually, “the education will overwhelm the perception.”

The comments come after an interview with Comcast SportsNet Bay Area’s Warriors Insider Podcast during which Kerr admitted to trying medicinal cannabis twice in the last 18 months to treat his chronic back pain.

“I’m disappointed it didn’t work. I really wanted some relief and I didn’t get it. Having done the research it was well worth a try,” Kerr said in an interview with NBA.com. “You can see it with our country, our country is starting to wisen up on the medicinal marijuana side. I hope we can wisen up on the prescription drug side. That’s scary stuff and it’s really not talked about often enough.”

Kerr said he believes that the reason major sports leagues haven’t embraced cannabis therapies is due to “a perception issue around the country.” Professional sports teams are a business and he said the owners don’t want their customers thinking, “these guys are a bunch of pot heads.”

Several of Kerr’s players supported their coach’s decision to try medical cannabis, including All-Star power forward Draymond Green and guard Klay Thompson, who both said they would support cannabis for medicinal use.

“You look at something that comes from the Earth. Any vegetable that comes from the Earth, they encourage you to eat it,” Green said. “It does make a little sense as opposed to giving someone a manufactured pill. If something takes your pain away like some of these pills do, it can’t be all good for you. … He talked about Vicodin. Toradol, you can be completely hurting and then take a Toradol shot and go through a game and feel nothing. Is that really good for you over the course of time? I doubt it.”