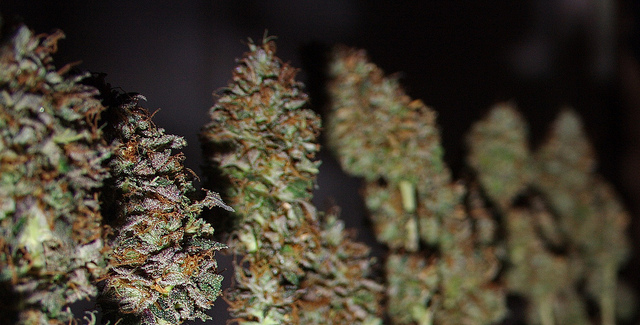 Marijuana has evolved from a disputed product to an open industry in a few years in the United States. The country has watched it grow from an experiment in California to local business in neighborhoods all over the states. In a short time, it has become a proud and accepted industry. This year Oregon is looking at an estimated $17 million to $40 million dollars in new tax revenue. Last year, Colorado saw $11.5 million dollars in the state coffers from marijuana. Now cannabis entrepreneurs are moving forward to enrich their cities and communities by giving back.

Stores like the Berkeley Patients Group and Earth’s Healing are providing free and low-cost marijuana to patients who can’t afford their product. The Berkeley city council has mandated that indigent patients be given this product for diseases like glaucoma and epilepsy. The Berkeley Patients Group didn’t need an ordinance, and had been giving cannabis away for years before it passed. But that ordinance assures that other dispensaries also engage in the same altruism that they do. Earth’s Healing also donates to schools, funerals, and other charities in its community.

Other organizations make political donations. The Marijuana Industry Group held a pot fundraiser to support their candidate Representative Ed Perlmutter of Colorado. He accepted the donation and spoke at the gathering of 50 marijuana business owners. Perlmutter spoke about the need for dispensaries to have access to banking options, an issue near and dear to the heart of the industry.

Some organizations are donating a portion of sales to worthy causes similar to major retail chains. Shaun Gindi of Lakewood Colorado runs two dispensaries and introduced “Joints For Japan” during the Japanese tsunami disaster. He took the revenue from a special hand-rolled product and donated 100 percent of it to the Red Cross to help affected Japanese citizens.

Finally in Brownsville, Oregon a dispensary owned by Gail and Randy Simpson will donate floor space to a resource center for citizens while it awaits licensing. Educating patients can decrease the amount of time it takes per transaction while providing a valuable community service. It also gives staff members a chance to interact with patients and show their training.

Cannabis entrepreneurs across the country are enriching their communities with charity and social responsibility. This industry has changed how we think of cannabis forever, now it is changing the world.

Jeremy Carr has written for Yahoo! Finance, Made Man, E-how and the Times and Democrat newspaper. He is also the author of two science fiction series including Vampire Spider Women, and the Milky Way Worlds Wars.