Though the effects of marijuana consumption depend largely on the mode of ingestion, it is the chemicals within cannabis that cause the reaction in the first place. These chemicals, called cannabinoids, bind with special receptors throughout the body to mediate cellular communication and cause the “stoned” sensation that so many of us are familiar with.

The cannabis plant contains more than 85 different cannabinoids. The most popular cannabinoid, THC, is known to have a powerful physiological impact on the body including changes in mood, pain perception, focus and appetite.

Gaining in popularity is another cannabinoid called cannabidiol or CBD. Though it contains no psychoactive properties, CBD has shown great promise in the medical community, no less. According to a 2013 study by the British Journal of Clinical Pharmacology, CBD may be beneficial for its anticonvulsant, antioxidant, anti-tumor, anti-inflammatory and anti-depressant properties (among other things).

Other beneficial cannabinoids to look out for include THC-V which has been shown to reduce blood sugar, convulsions and appetite; CBN which offers pain relief, spasm reduction and soporific qualities; and CBG which is both antibacterial and anti-fungal and can be used as a bone stimulant, as well. 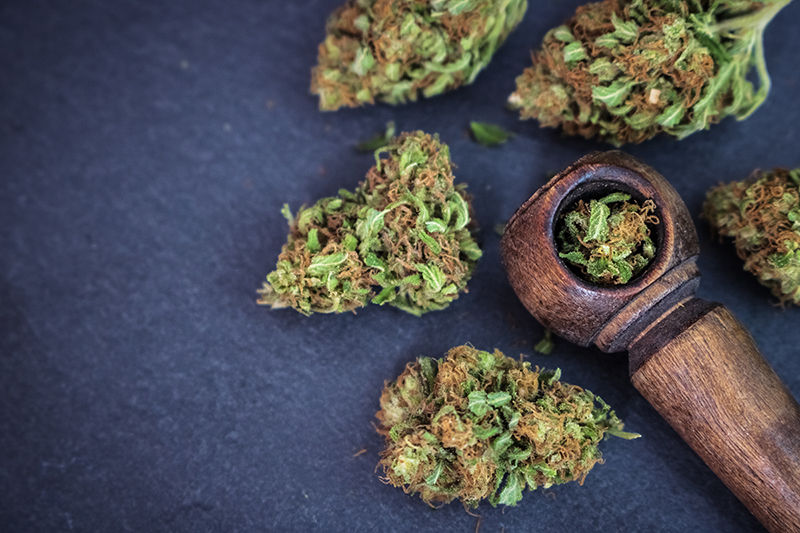 How do cannabinoids work?

All mammals contain an endocannabinoid system that is designed to regulate cellular processes. When cannabinoids interact with cannabinoid receptors, they can help mediate bodily functions such as blood pressure, appetite, stress and pain perception.

Cannabinoid receptors are primarily located throughout the central nervous system and bind to it as pre-synaptic receptors. This means that cannabinoids can inhibit the release of neurotransmitters by mediating which chemicals are released. This can result in the stimulation of certain brain regions like the hypothalamus where base instincts like hunger and sexual desire are controlled, or the neocortex which is responsible for creativity and complex thinking. Unfortunately, it can also hinder other areas of the brain like the hippocampus (which is responsible for memory storage) by “hijacking” the area and controlling which memories will and will not be retained.

Different cannabinoids exert different effects, as well. For example, while THC may increase anxiety and fear by acting on CB1 receptors in the amygdala, CBD will produce the opposite effect by binding to (and thus blocking) these same receptors.

Cannabis is capable of amazing things all thanks to these special chemicals called cannabinoids. Though individual cannabinoids exert unique characteristics, the combination of multiple cannabinoids can work synergistically to promote optimum health and well-being.

Abby is a freelance writer and founder at Cannabis Content, a marketplace where cannabis enthusiasts can earn income selling creative work to cannabis businesses and advertisers. Visit CannabisContent.net to learn more.