The War on Drugs is only a symptom of a much larger system of racism and oppression. The very foundation of this country’s existence is white supremacy. Each battle of this war has its issues and inequities, all contributing to the purposeful targeting, exploitation, and exclusion of black people from the billion-dollar cannabis industry.

In this multi-part series, I will cover some critical historical points of the War on Drugs. At each point, we will acknowledge the past, identify the overarching issues, and correlate those issues to our reality as cannabis consumers, advocates, and entrepreneurs. As 2020 closes, it is still painfully evident that there is work to be done. With social distancing still in full effect, we can connect virtually around these topics to incite meaningful and effective organizing.

Lessons from the past

The fight for justice in agriculture for black farmers is one dating back to 1865-at least. Former President Nixon’s Controlled Substances Act in 1970 marked the official beginning of the war on drugs. Before that, however, the civil rights movement was pivotal in America’s history for implementing systemically unjust policy within its core legal framework.

The period following the Civil War, also known as the Reconstruction era, was the Union’s attempt to cope with and compensate for the devastation the Civil War inflicted. Of course, depending on their perspective, the groups involved had very different ideas of how that looked. For the white supremacist South, that meant the preservation of white political power and domination. But for the newly freed slaves and emancipationists, it was full citizenship, male voting rights, and constitutional equality for African Americans.

The correlation to our future

The implementation of bad policy in America’s legal framework has disproportionately affected black people to the point that they are almost four times as likely to be arrested for cannabis possession than a white person. This number has remained unchanged in the last decade despite numerous reforms. We see this issue of lacking representation and political influence still today, with multi-million dollar MSO-backed lobbyists and organizations controlling the narrative of cannabis legalization and criminal reform through media and policy change. As recently as last week, with the passing of the MORE Act, multiple social equity advocacy groups expressed their concern with added language in the bill that excludes people convicted of federal cannabis offenses from licensing and ownership in the industry, among other things. This measure is directly in conflict with the community organizers fighting for equity in the space. I mean, what is equity without ownership?

No MORE freeing the plant without freeing the people. #MOREAct is historic, but symbolic of 2020’s performative acts that “feel good” but effectively regressive for the #cannabis equity movement. 🗣Racial justice can’t be achieved without economic justice. Periodt. #theweedhead

Even if the amendments were an oversight and not a direct slap in the face to the bill’s supporters — not inviting these individuals and organizations to the table should not be an option.

“If the RIGHT people were in the room, these erroneous additions would be noticed and flags raised,” Dawson writes.

The only way to successfully right the wrongs of America’s failed war on drugs is to consider and quantify the harm done to those most affected (i.e., black and brown people). Even further, those directly involved in the industry, whether formally or informally, are the most educated about the plant and the underlying effects of decades of racist policy and criminalization. That means they should be front-row and center as this process unfolds at the local and federal levels.

The call to action

Get involved with your local advocacy organizations. They need your help. I know because I work with them day-to-day to create more opportunities for black ownership in cannabis. People ask me, “How do I get into the cannabis industry?” My answer is: be willing to do the work.

Making the time to engage and educate your representatives is also mission-critical. I always say systems do what they are intended to do — until you destroy them. Subsequently, dismantling the system that perpetuates racism and oppression will take effective organizing and unified action.

Click here to be a part of the upcoming conversations in this series:

I love to connect with other impactors in the space. So much that I’m developing my own social network just for US. Sign up as a beta tester for LinkUp, a Cannabis Social Networking Community for professional networking and workforce development platform, and be the first to have a peek! 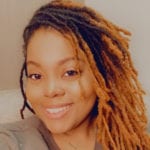 Candace is an entrepreneur and advocate for social equity based in Chicago. Candace works with non-profit advocacy organizations providing digital services and IT Consulting. She is passionate about the sustainable economic development of the black community. She also enjoys writing and nature walks with her husband/business partner and their three children.