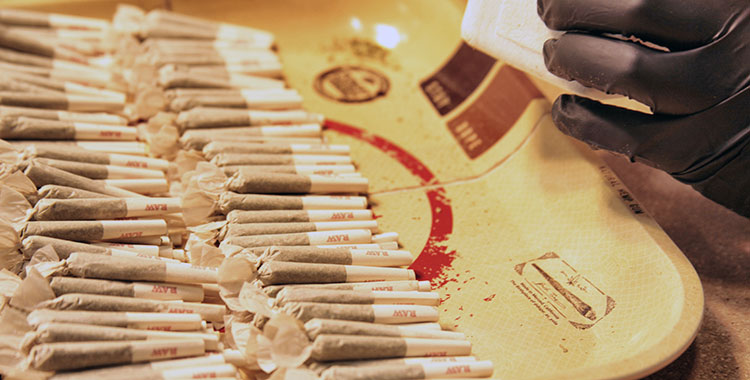 According to a Public Policy Polling survey, Rhode Islanders are slightly more in favor of legalizing adult-use cannabis today than they were in 2015; finding 59 percent of voters support a regulated cannabis industry compared to 57 percent two years ago. About one in three, 36 percent, said they were opposed in the poll taken between January 27 and January 29, WPRI reports.

The survey comes as Democratic lawmakers Rep. Scott Slater and Sen. Joshua Miller, chairman of the Senate Health and Human Services Committee, introduced legislation to enact an adult-use market. Their proposal would allow adults 21 and older to possess 1 ounce of flower, grow one mature cannabis plant, providing for retails sales taxed 23 percent in addition to the 7 percent state sales tax.

“Our job is to represent the people of this state, and their position on this issue is pretty clear,” Slater said in a Rhode Island Public Radio interview.

The poll was commissioned by Regulate Rhode Island. A 2016 survey by Brown University found 55 percent of registered voters supported legalizing cannabis for adult use.

“The results of this poll confirm that our constituents want us to follow the same path as Massachusetts and Maine,” Miller said in the report.

TG is a journalist by trade and has been covering cannabis industry news for Ganjapreneur.com since 2014. He is also the host of the Ganjapreneur.com Podcast and currently lives in Detroit, Michigan.