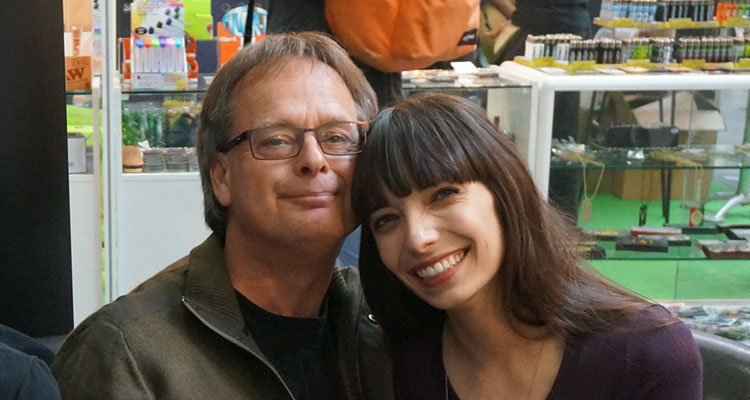 Long time Canadian cannabis activist Marc Emery and his wife Jodie have been arrested in dispensary raids in Montreal, just one day after opening their Cannabis Culture shop in the province, according to an Associated Press report. The couple were among 10 people arrested during the raids last Friday.

In a tweet, Jodie Emery indicated that she was arrested in a Montreal hotel and held for hours before being released without charges. According to a CTV News report, her husband was charged with drug trafficking and later released on $5,000 bail.

“I think it’s really shocking and really poor judgement for the police to use millions of dollars enforcing a law that’s going to be outdated in the near future,” Mrs. Emery said in the CTV interview. “I was really hoping they would exercise some discretion…When the law is being used to harm harmless people, it’s really an unjust law.”

Mr. Emery was extradited to the U.S. in 2010 on charges that he sold cannabis seeds to American clients from his Vancouver-based shop. He pleaded guilty and was sentenced to five years in prison. He was released in August 2014 after serving four years with good behavior.

In the interview, Mrs. Emery urged federal lawmakers and police forces to stop arresting dispensary owners because of federal plans to legalize cannabis in the spring.

Prime Minister Justin Trudeau has said that “until we’ve changed the law, the current laws exist and apply.”