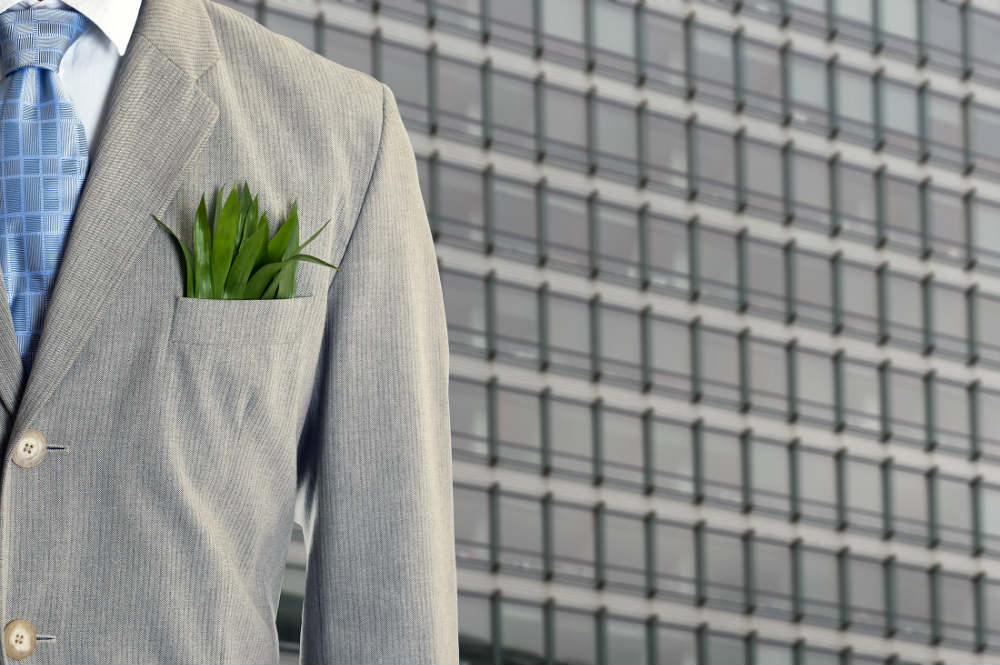 The cannabis industry holds lucrative opportunities for business-minded folk who are willing to risk their reputation (and potentially much more, given marijuana’s federal classification as an illegal and dangerous substance) on the expectation that the industry will only continue its upward growth.

Four years ago, Derek Peterson was a vice president at Morgan Stanley, where he managed a $100 million fund. He was fired after business associates took note of his side project, which closely involved the marijuana industry. Today, as CEO of Terra Tech, a company specializing in marijuana grow op supplies, and owner of  The Blüm, a medical marijuana dispensary in Northern California, Peterson can happily say that things have worked out.

“I didn’t always feel great about the products I was putting out into the market, but now I do,” he told Business Insider in a recent interview. “I happen to be selling something that is federally illegal, but oddly enough, I feel way better about what I’m selling than I did before.”

Following his firing, Peterson’s decision to found GrowOp Technology, which later became Terra Tech, was due to the entrepreneurial environment he saw developing in the cannabis industry. He was also inspired by a friend who owned a dispensary that had been earning an annual $18 million, he said. Today, Terra Tech has about 40 employees and has already earned $7 million this year.

However, not all formerly corporate professionals who are now part of the cannabis industry are here because they lost their day jobs. Katherine Smith, who was once the director of social media at Petco, quit her job and joined the industry to help people get better access to marijuana for medicinal purposes. She is now the chief marketing officer at Weedmaps, a popular dispensary-review website.

Smith explains that, despite many friends warning that such a move might permanently sully her resume, she was compelled to follow her heart.

When she was nine, Smith’s mother suffered an injury that left her with chronic back pain. Her mother was prescribed medical marijuana six years ago, and Smith reports that, “It really changed her quality of life. When I really started looking into medicinal marijuana and what it can do for people with epilepsy and other problems, it’s such an amazing opportunity to help push things along.”

Al Olson, another professional who quit a respectable post to join the ranks of ganjapreneurs, left his senior editor job with NBC News to become head editor at Marijuana.com. The website is owned by venture capital firm Ghost Group, who also owns Weedmaps. Reportedly, Olson had been following the industry for several years, waiting for such an opportunity to arise.

Olson’s goal is to grow Marijuana.com with in depth content covering the cannabis industry in these unique early years of the recreational market: “It’s a dream come true,” he said. “I’m trying to use the principles we used at NBC News to really bring some rigor and discipline into this journalism that we’re trying to do. I don’t want to take a side. I just want to go with where the story takes me.”

Olson has long been a fan of marijuana, having first gotten into it as a freshman in highschool. He turned away from the smoking habit during his 20s and 30s; later, however, he discovered that eating edibles helped his sleeping patterns. In fact, Ganjapreneur has exclusive video footage of Olson himself making Washington State’s first marijuana edibles purchase at Top Shelf Cannabis in Bellingham last month.

Perhaps the most high-profile ganjapreneur on this list is former Governor of New Mexico and the 2012 Libertarian Party presidential candidate Gary Johnson. As governor, Johnson argued heavily for cannabis legalization; as a businessman, Johnson is showing exactly how straight-faced serious those arguments were.

More than just a politician, Johnson was named CEO of Cannabis Sativa, Inc., a Nevada-based MMJ company with plans to begin operating on a national scale someday. He and the company have both publicly announced that Johnson’s salary as CEO will be $1 per year. Of course, he will also be receiving an equity share in the company’s stock for his work. At the time of Johnson’s hiring (mid June), Cannabis Sativa was worth about $2 million at $4 per share; Johnson received just over 500,000 shares to receive a 3.4% ownership in the company. Since then, share prices raised to $8.10 per share by late July — some argue that Johnson’s involvement with the company alone helped raise stock prices.

The former governor got into cannabis as a teenager. “I just found it to be such a better alternative than alcohol,” he explained. In high school, Johnson was a competitive athlete; today, at age 61, he boasts that he’s still quite athletic and continues to use cannabis products (though he prefers not to smoke).

Overall, Johnson’s business plan is generic: “You mix the CBD lozenge with THC and all of a sudden, man, you’ve got direct competition to all of the prescription painkillers,” he explains. His contract with Cannabis Sativa holds him to his post as CEO until May 31, 2015, at which time the company can extend his contract on a yearly basis. This cut off, however, would conveniently be just in time to make preparations for the 2016 presidential election, which begs the question: does Johnson have his eyes on the White House?

He has not confirmed or denied any intentions for future presidential candidacy, but one final statement did reveal exactly in what direction he believes we are headed: “I really firmly believe that in 10 years most of the states will legalize pot.”