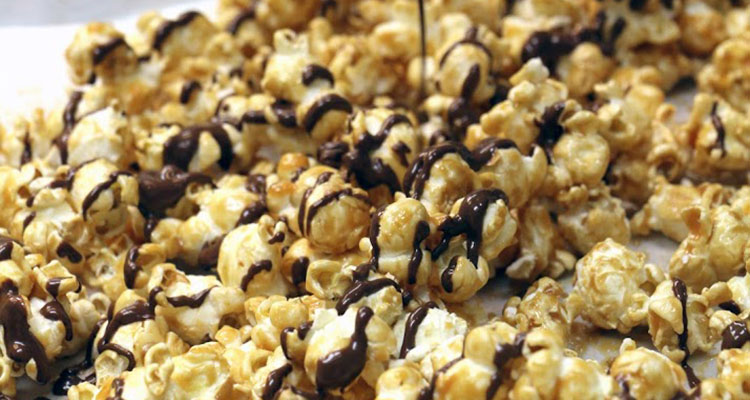 Editor’s note: Every cannabis entrepreneur has a different story, and we love to hear about the different paths that have led different people to pursue opportunities in this industry. This article is a first-hand account by cannabis and culinary entrepreneur Victoria Harris of DC Taste Buds, detailing how she transitioned from her culinary career to crafting medical cannabis infused products in Washington D.C.

Have you heard chefs brainstorm about cannabis product ideas together? It’s incredible.

So rarely are we given an opportunity to dive into a brand new, underdeveloped, culinary venture. Globally, it’s arguable that the U.S. is behind our European cannabis aficionado counterparts, but we always make up for lost time. Just ask Charles Krug if he regretted making wine a “thing” in Napa Valley. France had a big head start, but look how that played out.

I co-founded D.C. Taste Buds with culinary professionals Warren Brown and Anna Bran-Leis, knowing our business model did not exist yet — but we agreed that, in theory, it should work. We also thought that culinary professionals ought to play a larger role in the cannabis edibles industry, and we felt confident we had the experience to help open up the underdeveloped East Coast market — south of Massachusetts, D.C. remains the only city producing infused edibles and that, once the new regulations pass, will offer reciprocity.

But, as we had yet to learn, there remains a lot of uncertainty around current restrictions and the legality of certain business strategies. When we started looking into who was making edibles outside our bubble, we reached out to people who could offer insight on developing trends. Amanya Maloba — who has been a budtender at some of the biggest recreational stores in Washington and is currently a cannabis consultant — said, “The smart companies are trying to collab with culinary professionals because people can tell the difference in quality. They taste better. The companies that are not recruiting culinary talent? They’re going to get left behind.”

The day after our first in-person meeting (where Anna and Warren actually met for the first time), Anna started our trademark process. A month later, we launched the brand at the The National Cannabis Festival and started determining how to enter D.C.’s medicinal marijuana industry.

Anna had tried two dozen edible companies in the District during our research and development. We all agreed on her assessment that, “we have to be focused on the food first because nobody is concerned about the taste, only the potency.”

We were excited: we already had the perfect product, infusion process, and plan for producing to scale.

That excitement didn’t last long. There was so much to learn about cannabis, and the legal regulations in D.C. are incredibly vague and difficult to navigate.

The reality was the learning curve would prevent us from entering the market with the best product possible, never mind if it was completely legal. Warren, who runs our recipe development, determined that “the regulatory structure surrounding how the product would get to market would completely change whatever process we initially decided on.”

It wasn’t until we started working with Dr. Chanda Macias, owner of National Holistic Healing Center, and Corey Barnette, who owns District Growers Cultivation Center and Metropolitan Wellness, that we realized we’d ignored a huge part of the equation. We hadn’t considered the limitations D.C. had placed on cultivation centers and dispensaries. We never considered which infusion method would be the most cost effective for the cultivation center, or how their inventory rotated.

We have only become confident in our new process because of the real collaborative effort to develop it.

The East Coast may be late to the party, but we’re en route.