Editor’s note: This op-ed was contributed by Brett Husak, a founding partner of the cannabis-focused payment processing service Flow Payments.

At the end of August, a health advisory released by the Centers for Disease Control and Prevention (CDC) linked the use of e-cigarette products with severe pulmonary disease. As of last week, the CDC had confirmed over 2,000 cases of lung injury and 39 deaths related to vaping.

In response, Massachusetts declared a public health emergency and became the first state to enact an all-out ban on the retail and online sales of vape products. Gov. Baker outlawed the sale of all nicotine and cannabis vaping products for four months, while the state continues to examine the root cause of these illnesses. The states of Washington and Oregon followed suit with their own bans. These extreme measures were enacted before the CDC had even identified the primary culprit, vitamin E acetate, which recently surfaced as a cutting agent for unregulated cannabis vape products.

In fact, it appears that most if not all of the cannabis-related cases were caused by products obtained illegally, which is the first indicator that the statewide bans are an overreach and overreaction. The regulations seem overly harsh especially due to the fact that alcohol and cigarette-related deaths in our country are not insignificant — according to the CDC, cigarette smoking accounts for over 480,000 deaths annually. That is the equivalent of about 1,300 deaths each day. Meanwhile, excessive alcohol use takes the lives of around 88,000 people per year in the U.S.

Globally, the number of vapers has been increasing steadily over the past few years, while the number of cigarette smokers has simultaneously decreased. Public health experts agree that even with the current risks, e-cigarettes carry only a fraction of the dangers of traditional cigarettes. The vape market combined worth is estimated to be close to $20 billion worldwide and it is a progressively important product line in the cannabis space as well.

In the thriving legal markets across America, vape products represent approximately one-third of cannabis business’ sales. It is typically the second-most frequently sold product, only trailing behind cannabis flower products. However, since this latest health scare, analysts have noted a 15% drop at least in nationwide market share during the month of September and in some states, such as Oregon, a decrease of 60%. This needless and unnecessary damage to the revenue streams of countless dispensaries nationwide would clearly be avoided with federal legalization and regulation.

It is interesting to note that nicotine vapes are regulated by the Food & Drug Administration (FDA), but nicotine vape liquid is simple to replicate in an illegal manner. Nicotine extract can be purchased online in bulk and mixed with additives, flavors, and thickeners, whereupon it is then distributed to certain retailers.

Vapes containing cannabis, however, are legal in certain states but are not regulated by the FDA and cannabis remains listed as a Schedule 1 controlled substance alongside heroin and LSD. FDA scientists, therefore, are unable to assist states with research, testing, and safety guidelines, making it difficult for legal cannabis businesses to supersede the criminal market. Consequently, legitimate manufacturers are required to submit plants or extracts to state regulators for contamination and quality tests, which significantly raises the costs, upwards of 5 to 7 times, of what consumers can otherwise find on the black market. Illegal sellers can also tamper with cartridges and mix in substances like caffeine or alcohol to extend their supply.

The facts support the argument that a well-regulated marketplace for vape products would establish quality control, better research, and deter consumers from acquiring illegal and counterfeit products. Furthermore, national standards for cannabis vape products would create a baseline for comparisons, which is so essential in today’s marketplace. Finally, we have witnessed that states can only do so much in the area of regulation, and their limitations are one more reason the federal government needs to remove cannabis from the Controlled Substances Act, fund state and national medical investigations, and finally regulate this plant. 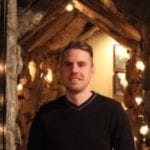 Brett Husak is a trusted professional who specializes in helping high risk businesses find valuable banking solutions. He has 7 years of success in the payments industry with an expert focus on the cannabis arena. Brett is a founding partner at Flow Payments who is passionate about his work.