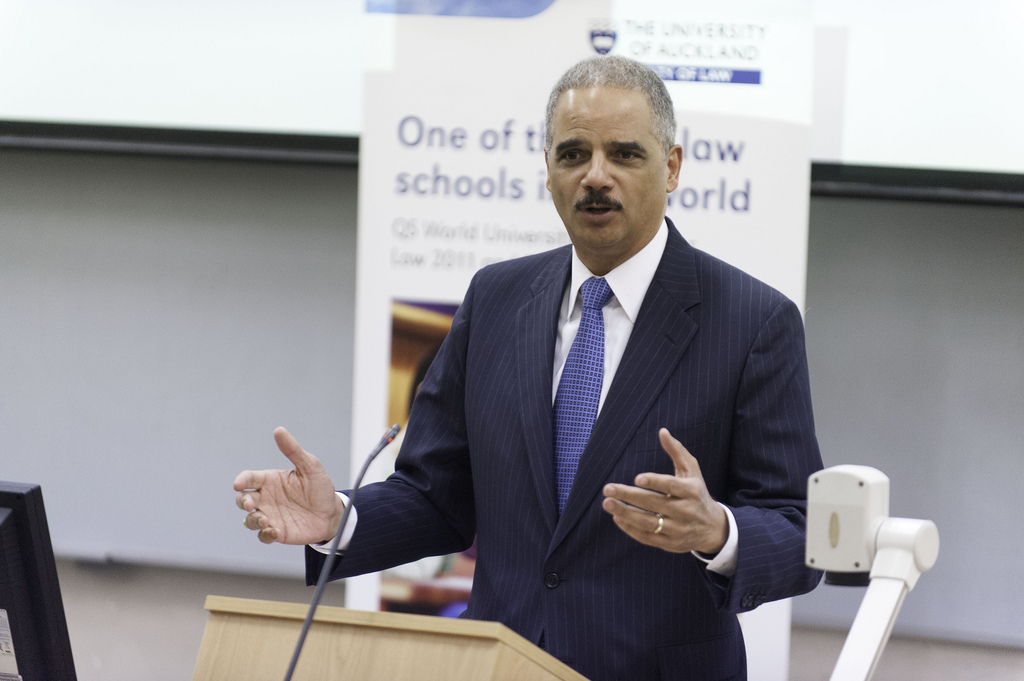 The national conversation about marijuana legalization took a new turn last Friday when Attorney General Eric Holder announced that the Obama administration would be willing to work with Congress on rescheduling marijuana from its current Schedule 1 status.

Rescheduling the drug is far from actual legalization, but it would certainly ease the process of researching marijuana’s medical properties, and it would allow marijuana businesses to take federal tax deductions.

“We’d be more than glad to work with Congress if there is a desire to look at and reexamine how the drug is scheduled, as I said there is a great degree of expertise that exists in Congress,” the Attorney General said. The announcements came during Friday’s House Appropriations Committee hearing, and Holder declared “It is something that ultimately Congress would have to change, and I think that our administration would be glad to work with Congress if such a proposal were made.”

The announcement came specifically in response to a question from Rep. Mario Diaz-Balart, whose inquiry about the Justice Department’s resource expenditures in Colorado and Washington demonstrated that marijuana was being treated very differently than other Schedule 1 substances, though technically no legal differentiation exists. Schedule 1 is supposedly reserved for dangerous drugs with “a high potential for abuse” and “no currently accepted medical use,” even when used under strict supervision. Diaz-Balart argued that, if the Obama administration really believes that marijuana doesn’t belong among other Schedule 1 substances, “wouldn’t it make sense to come to Congress with some recommendations, some changes… if nothing else, to give certainty and consistency, and the American people would understand that the law is applied with certainty and consistency?”

Bill Piper, the director of national affairs for the Drug Policy Alliance, has commented on this development, stating that “Rescheduling would be a modest step in the right direction, but would do nothing to stop marijuana arrests or prohibition-related violence.” He further argued, “Now that the majority of the American public supports taxing and regulating marijuana, this debate about re-scheduling is a bit antiquated and not a real solution to the failures of marijuana prohibition.”

Nonetheless, the Obama administration has suffered many criticisms regarding marijuana’s need for rescheduling since January, when the president admitted to believing that marijuana is less dangerous than alcohol. Not only is marijuana less harmful “in terms of its impact on the individual consumer,” he said, but its prohibition grossly undermines racial equality and demonstrates the painful inequalities of our current justice system; he also claimed that the legalization experiments in Colorado and Washington should be allowed to run their course without federal interference.

Critics of marijuana’s placement in the Controlled Substances Act (CSA) have argued many times that a substance deemed safer than alcohol by the president himself does not deserve to be legally equivalent to harder drugs such as ecstasy or heroin, which are also Schedule 1 substances.